The Crossroads of Special Operations

Back to the future: Getting Special Forces ready for great-power competition | War on the Rocks

Rebels aided by al Qaeda-linked militants seized control of the only border crossing between Syria and the Israeli-occupied Golan Heights on Wednesday.

The capture of the Quneitra crossing by Syrian rebels, including members of the al Qaeda-linked al-Nusra Front, represents a new dynamic in a war long feared not only for its deadly effects inside Syria but for threatening to widen into a destabilizing regional conflict.

The border crossing made headlines earlier this week, when American journalist Peter Theo Curtis was handed over on the Syrian side of the checkpoint by the al-Nusra Front to U.N. peacekeepers. 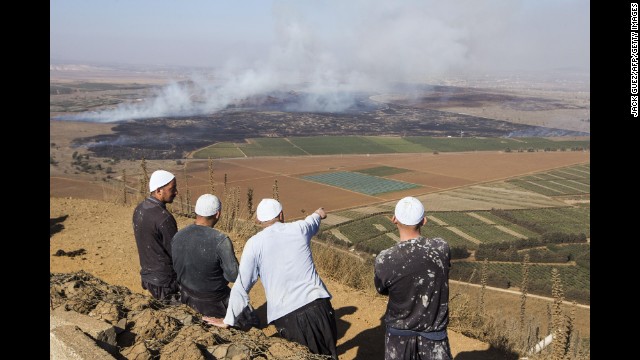 The Israeli military has closed the area around the border crossing.

An activist in the Golan Heights, Shamil al-Jolani, said the Islamist group Ahrar al-Sham al-Islamiya and other rebel groups, not all of them Islamist, also were involved in the fighting.

Jolani said some fighters were able to reach the crossing despite bombardment by Syrian warplanes. Because of agreements with Israel, Syrian forces could not bomb the forces at the crossing, he said.

Wednesday’s fighting marks at least the second time rebels have attacked the crossing.

Previous articleHeavy Use of Banned Cluster Bombs Reported in Syria
Next articleEbola virus could infect 20,000 before outbreak is over, World Health Organization says
- Advertisement -

The Pentagon is partially undoing the Trump administration's move where special operations leader was to report directly to the...
Mission

Back to the future: Getting Special Forces ready for great-power competition | War on the Rocks

Ten years on: inside the bin Laden raid. A conversation with William H. McRaven and Nicholas Rasmussen | Military Times